'The show about nothing' was actaully about something. And that something was Frank Costanza (and a whole lot more of course). Frank appeared sporadically throughout the show's run. But when he did appear, OH BOY! He could really tickle the funny bone with his crazy character: 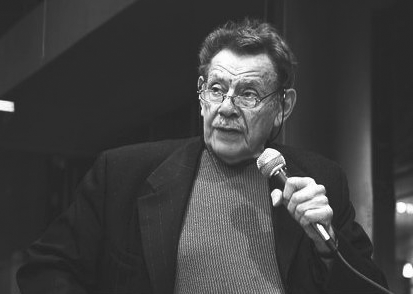 Frank Costanza is perhaps the most beloved of the secondary characters on the hit comedy series Seinfeld. Jerry Stiller, father of well known actor Ben Stiller, is the actor who brilliantly played the quirky and strange Frank Costanza.

Actually a different actor played the role of Frank in the debut of the character in the original run of the series, but after that first appearance the role thankfully went to Stiller, who turned Costanza into a cult figure. In fact, Stiller did such a marvelous job with the character, that NBC went ahead and re-recorded the initial episode of the Frank character with Stiller to be used in reruns of the show. It was the episode where George parked in the handicap spot with Frank's car.

Frank of course is the father of George Costanza, who is arguably the most hilarious of the four main characters which include Jerry, Kramer and Elaine. Of all the secondary characters on the show, Frank is tops. That's an impressive achievement considering that the show featured some extraordinary recurring characters, such as Putty, Banya, Newman, Uncle Leo, Jack Klompis, to name a few.

Frank was an intriguing personality to say the least. He spoke Korean and used to sell religious articles in Korea. He collected TV Guide magazines, had a silver dollar collection in his youth, and had severe foot odor. Frank also enjoyed billiards, and at one point he even converted George's old bedroom into a billiards room, which was enjoyed together with Kramer and The Maestro, Bob Cobb.

There seemed to be a curse on the main actors in Seinfeld once the show ended, in that every TV show they attempted to launch after Seinfeld flopped. The exception seems to be Jerry Stiller, whose King of Queen's show was relatively successful.

It's a shame that there were no spinoff shows of Seinfeld once the series ended. A spinoff centered around the Frank Costanza character would have been worth a try, and probably would have been a hit too.